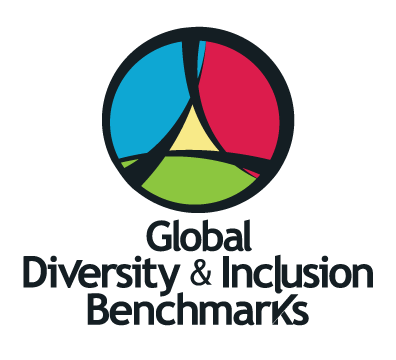 The chapter describes how the Benchmarks were developed and their organization into thirteen categories of D&I work divided into four groups. Each of the categories contains Benchmarks sorted into five levels that indicate progress toward best practices (from 0% to 100%, which is considered Best Practice). A model graphically depicts the relationships of the four groups and the 13 categories. The author also explains how the 79 experts were selected along with how they came to agree on the levels. The chapter displays a sampling of the 151 Benchmarks at the 75% and 100% levels for such categories as D&I Vision, Strategy, and Business Case; Leadership and Accountability; Recruitment, Development, and Advancement; and Marketing, Sales, Distribution, and Customer Service.

The chapter concludes with a six-step plan for implementing a comprehensive process using the GDIB, as well as a list of other ways to use the tool. O'Mara sums up her motivation for writing the GDIB: "In my experience, inclusion does not just happen, even with the best of intentions. It is not a matter of asking people to change some behaviors. It is much more complex…I thought that GDIB would be helpful" (p. 416).

This article describes how Alaska Airline's diversity initiative was not dampened by the recession in 2009 and 2010. Spurred by CEO Bill Ayer's commitment ("Respecting and appreciating our differences is fundamental to being a world-class organization…"), the airline entered into a planning process that included sending the Global Diversity and Inclusion Benchmarks tool and an additional survey to a cross-functional group of employees, and forming a cross-divisional team that hosted sessions in which participants set goals based on results of the Benchmarks and the survey. The results were a set of action items complete with dates and owners. Integration leaders, employee resource groups, community involvement and corporate giving also entered into the ongoing plan. The article lists the company's "bigger picture" goals and includes a set of tips for successful diversity initiatives.

The article describes how the GDIB was used at Alaska Air to ensure that its diversity initiative drove business success during the recent recession via a four-phase initiative. “The stock price for Alaska Air was about $23 a share in January 2008 and in September 2011 was valued at $55 a share. While many factors contributed to the organization’s financial success, diversity and inclusion was a documented, cost-effective contributor.”

This article provides an overview of the 2006 Global Diversity and Inclusion Benchmarks. Three organizational examples are briefly summarized: City of Eugene, Oregon; SASOL in Johannesburg, South Africa; and Swiss Re Company in Zurich, Switzerland.

What gets measured gets done: Measuring the return of investment of diversity and inclusion. Canadian Institute of Diversity and Inclusion. (2013, April 16). Toronto, Ontario: Gallagher-Louisy, C.

This 27-page study significantly draws from the GDIB and the work of The Diversity Collegium members, Edward E. Hubbard, Ph.D. and Mary-Frances Winters. Get the entire study here: http://www.cidi-icdi.ca/reports/what-gets-measured-gets-done.pdf